Paul Hyland’s interests are wide, as evidenced by his background and intellectual history. He has collaborated with many visual artists, composers and musicians, letter cutters and performers. 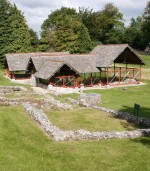 An audioguide to the Roman Town House in Dorchester

This Roman town house, whose considerable remains are preserved in the grounds of County Hall, Dochester, has been re-presented to the public in a visitor-friendly way.

Paul Hyland was commissioned by the County Council to write an audioguide which can be accessed on site. It is dramatised and uses the voices of imagined past inhabitants to present its story through sucessive phases of occupation and decay. 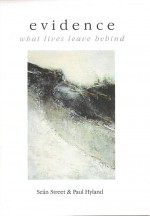 What lives leave behind

This book sprang out of a exhibition, shown at the Atrium Gallery, Bournemouthy University. It was the result of collaboration between the poets Seán Street and Paul Hyland with the artists Jemma Street and Brian Graham.

Each of the artists was intrigued, in their own way, by the passage of time and the detritus of occupation, ancient and recent, left by the inhabitants of places, the mostly unintentional grafitti left for the living to interpret and reinterpret.

"Flora: Roman Plants" was published for the Artyfacts exhibition (2004) in Dorset County Museum, Dorchester, where both pictures and poems were exhibited. They were subsequently exhibited at the Royal Horticultural Society, Chiswick (2005). 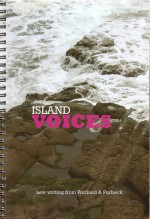 "Island Voices" was a community-based Artsreach project in Dorset; it was part of the Time and Tide initiative exploring the theme of change in coastal communities throughout the south-west of England. It was led by Paul Hyland, musician and songwriter Sammy Hurden, and writer Nicola Richardson.

“I was overwhelmed by the quality of the work.”
Kate Montefiore

“I felt transported to Portland and Purbeck.” Frances Usher 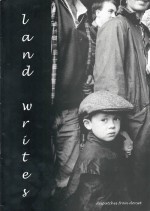 "Land Writes" gathered writers together in contrasting parts of rural Dorset - the Piddle Valley, Sturminster Newton and Poerstock - to discover and explore what they wanted to say about country life now.

"Land Writes" was an Artsreach project, led by Paul Hyland with collaborators George Wright, photographer, and Helen Day, writer. In the name of "Land Writes" they added a few vivid paragraphs, stories, poems - some modest footnotes to the life story of Dorset.

Lutra lutra on the Stour

"Otter: Lutra lutra on the Stour" was a major component of Common Ground's project, Confluence: new music for the River Stour. Paul Hyland and composer Helen Porter worked with Wimborne Community Theatre, Mark Pritchard and many others to make a new choral work to celebrate the gradual return of otters in numbers to the rivers of Dorset.

The piece was premiered at Wimborne Minster in 2001 and subsequently performed, near the mouth of the Stour, in Christchurch Priory and at Guildford Cathedral.

A celebration of silk inspired by Whitchurch Silk Mill

A collaboration between Paul Hyland and composer Helen Porter with a group of local people. They created an exciting body of new poems, prose, music and songs based on the Silk Mill and its unique environment, its Englishness and its exoticism, resulting in an eclectic mix of words and music inspired by the many facets of silk and weaving. 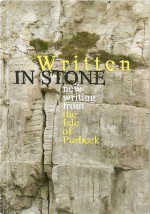 New writing from the Isle of Purbeck

The non-fiction, fiction and poetry in "Written in Stone" was stimulated by a series of workshops for writers, led by Paul Hyland at California Barn, Swanage, during 2007-08. Augmented by walks and talks, together with classes for pupils in six Purbeck schools, these sessions were at the heart of Purbeck Footprints, a creative writing project organised by Artsreach in collaboration with The Purbeck Keystone Project.

"Written in Stone" (Artsreach, 2009) brings twelves writers together. Each writes out of passion for the place and from experience of what lies beneath Purbeck's skin.