Two of his poetry collections have won awards. Art of the Impossible, New and Selected Poems, was published by Bloodaxe in 2004.

All his books have received high praise from well-regarded writers. Of the brilliantly-reviewed Ralegh’s Last Journey (HarperCollins 2003) the BBC’s John Simpson wrote: ‘What a beautiful and moving and fascinating book… an absolute jewel, packed with intelligent and thought-provoking material, much of it completely new to me.’

Please click on Travel & Biography or Poetry or Projects etc. at the top or bottom of the page. 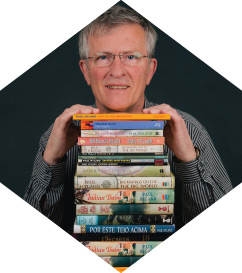 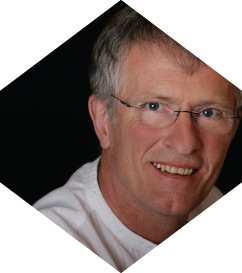 For several years Paul has been working on an ambitious research and writing project, piecing together and bringing to life an intriguing cause célèbre of the eighteenth century which has remained a mystery until now. Its working title is Seizure.

Paul Hyland has always thought of his literary life as more than books. Much of his work, including plays, drama-documentaries, travel features and poetry, has been broadcast. He presents readings, talks and lectures at arts events and festivals. His texts form a part of many exhibitions and public art works. His lyrics and libretti are performed in the concert hall or on radio. He collaborates with directors and actors, visual artists and letter cutters, composers and musicians.

Coast, rivers, edges and liminal experiences are big themes in Paul Hyland’s books about Dorset, Wight, Congo, India and Portugal; in his play Dancing Ledge (touring theatre & BBC Radio 3), his Subterranean Poetry (East Cleveland), and his Island Voices and Purbeck Footprints Artsreach projects. For the latter he wrote Writing on Stone and edited Written in Stone (Artsreach 2009). His texts have been letter-cut by Andrew Whittle for the Wall of Words, Dorset County Hospital, by Anna Bowen for six stones on the Dorset coast path and by Gary Breeze for the Durlston Castle timeline. One of his texts is carved in paving at the entrance of Blandford’s Town Hall & Corn Exchange. A stanza is engraved in stained glass by Martin Donlin in Dorset County Library. He worked with the artist Michael Fairfax on The Mound, West Bay. Paul has also collaborated with painters, printmakers and photographers.

Life in Words – a Resumé

“Only a writer of Hyland's distinction could be so revelatory.”

“Hyland laid out, subtly, the political and social territory.”